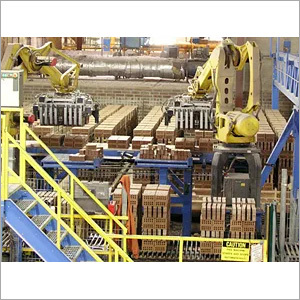 Voice Engineers offer modern, state of art brick manufacturing plant. The system is designed to carry out all the processes in brick making mechanically in a continuous manner so as to minimize application of labour, standardize the products and produce high quality bricks. These result into customer satisfaction, high profitability and repeat orders.

1. Grinding and sizing of raw materials

Each ingredient of brick making is separately subjected to screening and to crushing of its large particles in jaw crushers. This is followed by grading and recrushing of over size particles in hammer mill. Finally the correct sizes of all ingrdients in the required proportion are mixed together.

Pulverized ingredients and water are fed into one end of a pug mill, which uses knives on a rotating shaft to cut through and fold together materials in a shallow chamber. The blend is then fed into an extruder at the far end of the mill. The extruder usually consists of two chambers. The first removes air from the ground clay with a vacuum, thereby preventing cracking and other defects. The second chamber, a high-pressure cylinder, compacts the material so the auger can extrude it through the die. After it is compressed, the plastic material is forced out of the chamber though a specially shaped die orifice. The cross-section of the extruded column, called the "pug," is formed into the shape of the die. Sections of desired length are cut to size with rotating knives or stiff wires.

Chamfering is done to produce a furrow in brick for paving applications. Here rollers are used to indent the brick as it is being extruded. Sometimes wire cutters are deployed to do the chamfering and cutting in one step.

This is for removal of excess moisture before firing the brick. Otherwise, water will burn off too quickly during firing, causing cracking.

Voice Engineers offer Tunnel dryer which use cars to move the brick through humidity-controlled zones that prevent cracking. This consists of a long chamber through which the bricks loaded in a trolley are slowly pushed. Forced Draft fan-circulates hot air into thje chamber, speeding up the drying process.

Dried bricks loaded on cars on coming out of the tunnel dryer are introduced seamlessly on a continuous basis into high temperatures furnaces called kilns. Kilns are fired using solid fuels such as sawdust and coal.

On completion of firing process, the bricks are cooled and stacked. Stacking can be done both manually and mechanically. In modern brick manufacturing plants, automated setting machines are preferred to cut on the costly labout. 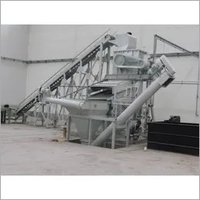 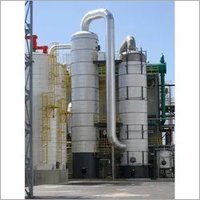 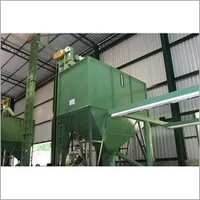 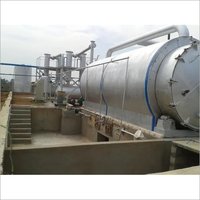 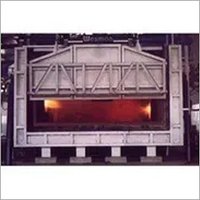